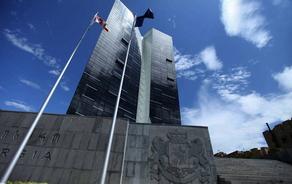 The TRACE International, Inc. has published a recent survey, according to which Georgia is still among the top 20 European countries which best control corruption, while according to the low level of corruption in governmental relations, it ranks first worldwide.

A total of 194 countries were included in the survey, with Georgia ranking 28th and scoring better than 14 EU member states, which are as follows: Cyprus, Poland, the Czech Republic, Latvia, Slovakia, Slovenia, Italy, Malta, Croatia, Hungary, Greece, Romania, and Bulgaria. Georgia scored better than 44 Asian countries, ranking sixth out of 50. If compared to that of the previous year, Georgia's ranking improved by one point.

According to the Justice Ministry of Georgia, in the government and business relationship component, the country has 17 points, scoring better than Canada, Japan, Luxemburg, Ireland, US, Austria, Belgium, France, Lithuania, Latvia, Poland, and others.