Criteria related to Georgia specified in the US budget bill 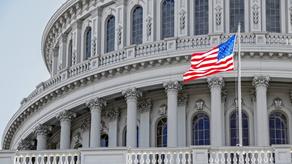 In particular, the document adds several points, in case of non-fulfillment of which the Georgian government may not get part of the United States' financial assistance. The House Committee on Appropriations is considering a bill today to fund foreign operations.

In particular, the report states that the obligation to allocate 15 percent of the 132,025,000 financial aid provided to the Central Government of Georgia may be suspended until the State Department determines and submits a report to the Audit Committee that the government is taking effective steps to strengthen democratic institutions to combat corruption and ensure that the rule of law in the private sector conforms to recognized international standards.

2) Respect for the independence of the judiciary, including from legislative and executive interference;

3) Effective implementation of policies necessary to ensure accountability and transparency, including uninterrupted access to public information;

4) Protection of the rights of civil society, opposition parties, and media independence;

5) Restriction of the informal influence of oligarchs on the government's functioning and the application of laws and regulations.

According to the project, the committee notes that it welcomes the approval of the constitutional amendments on establishing a proportional representative system on June 29, 2020, which got adopted as a result of an agreement reached between the majority of Georgian political parties.

The document notes that future threats from the Russian government underline the importance of the United States continuing to assist former communist countries, including Georgia, in their efforts to promote democracy and the rule of law.

The document also says that funding provided by the bill will not be available to the central government of the country, which, according to the State Department, recognizes the independence of the Russian-occupied Georgian territories of Abkhazia and the Tskhinvali region and/or established diplomatic relations with the region. This ban may be lifted in the national interest of the country.