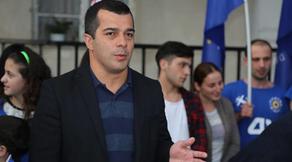 “Bidzina Ivanishvili told us to uphold the principle of teamwork and support the decision”, Dachi Beraia, the Deputy of the Parliamentary Majority stated.

Beraia said he would not support transition to a proportional system and would leave his mandate if necessary.

“There was a request to vote at the session, but we were refused. For me, it was a painful decision. I wanted to vote to find out who was in favor and against. We should wait for the events to unfold, my position has not changed”, Beraia said.

The Majority meeting was set after some of the Georgian Dream deputies stated that they would not support a proportional system.