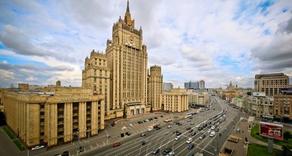 In New York, where the 74th session of the UN General Assembly is underway, a meeting between the Georgian and Russian foreign ministers has been held.

This is the first face-to-face meeting between Georgian and Russian foreign ministers after the 2008 war.

As The Ministry of Foreign Affairs of Russia informs, the meeting was organized by Switzerland, which, if required, plays the role of a mediator between Moscow and Tbilisi.

Along with the Russian Ministry, The Ministry of Foreign Affairs of Switzerland has also spread the information saying that the meeting between David Zalkalian and Sergey Lavrov has been conducted.