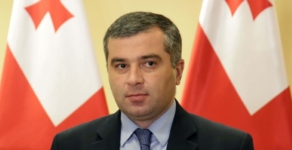 Davit Bakradze, the former chairperson of European Georgia, who independently signed the agreement between the parties, responds to the amnesty law and releases a statement.

Bakradze names three principles to be considered in the law, without which he believes it impossible to support the project.

"It is necessary to take into account the three principles in the amnesty law, which are required by the opposition that signed the Charles Michel document, and without it, I consider it impossible to support the draft law:

1. Amnesty must take into account the consent of the victim - this means that no person can be released by amnesty if the victim of an illegal act disagrees with the decision to pardon;

2. Amnesty should be in line with the European Convention on Human Rights - this means that no person can be released under amnesty if the act committed constitutes torture, inhuman or degrading treatment, or other crime prohibited by the Convention;

3. The amnesty should cover only the specific crimes that are already being prosecuted - this means that because the Georgian Dream has not yet investigated who ordered the June 20 events and who committed the particularly serious crimes, after an objective investigation in the future, this amnesty will not be able to release anyone who is found guilty of this type of crime.

I want to call on the Georgian Dream not to jeopardize the implementation of the most important agreement for the country and consider the three principles named above in the amnesty law. Otherwise, I believe it impossible to support the initiation, discussion, and voting processes of a law like this one," Bakradze said.