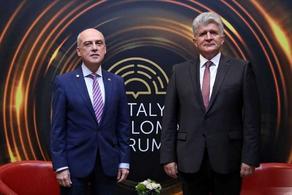 At the meeting, they focused on the hard living conditions in Georgia's breakaway regions and their unfavorable humanitarian situation, violation of human rights by the regime, commonplace abductions, and, namely, Georgian Zaza Gakheladze, who is now in illegal custody, and the necessity to make all-out efforts to release him.

The high officials also placed emphasis on the UN's crucial role in the Geneva International Discussions and stressed that specific steps must be taken in connection to the 2008 Ceasefire Agreement, the Agreement on Non-Use of Force, and safe return of the IDPs to their homeland.