Davit Zalkaliani: The Prime Minister received a positive assessment from the President of Turkey 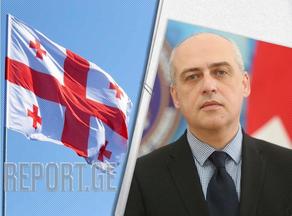 According to him, the conversation also covered the future prospects of the important role that the country can play.

"Our partners are very well aware of the proposals coming from Georgia; in particular, Tbilisi can become a platform for lasting peace in the South Caucasus, for new initiatives and projects, and in the process, we have received another strong message of support from our Turkish partners," said David Zalkaliani.