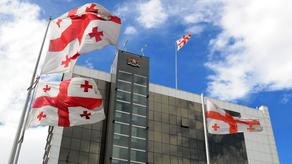 Georgian Defense Minister Irakli Gharibashvili has issued a special order to prevent the spread of the coronavirus. At his decision, employees of the Defense Ministry who have spent the last two weeks in China, South Korea, Iran, or Italy will be freed from their job-related responsibilities for two weeks. The order also applies to those who plan to visit these countries, with their full remuneration given to them.

The number of those affected with the novel virus is increasing worldwide. Three cases have been confirmed in Georgia so far, with the first infected patient being a 50-year-old Georgian citizen, the second 31-year-old woman, and the third the citizen of Georgia having traveled in Iran. Today, information saying that a Georgian citizen residing in Italy have tested positive for the virus was also released. Around 150 people have been quarantined in the country so far.