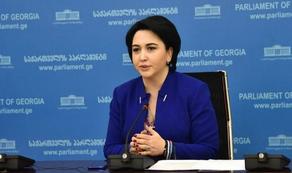 "The bill introduced by Khundadze and other members of the majority is unconstitutional. That is why they withdrew and wrote that it would be effective only until July 15. Now they are demanding the continuation of this unconstitutional law by the end of the year," the independent deputy said.

According to Eka Beselia, the legislature itself can not initiate a bill that weakens the parliament.

"The rights of citizens to move, the right of property, the assembly can not be restricted without parliament's consent. It is directly related to the election process. The situation regarding the coronavirus has not deteriorated, and people should not be intimidated in vain. It is a decision against the state and its people," Beselia said.

According to the draft amendment to the Law on Health, without the declaration of a state of emergency, the government might have the right to impose restrictive measures until the end of 2020.