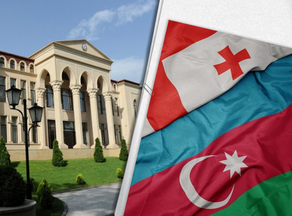 As a result of the Armenian aggression against Azerbaijan, the civilian population was killed, and the civilian infrastructure was damaged. The Embassy of the Republic of Azerbaijan in Georgia spreads information about the conflict.

"The armed forces of Armenia have been continuing to target the civilian population, private houses and other civilian infrastructure in residential areas along the line of contact in a gross violation of its obligations under international humanitarian law, including the 1949 Geneva Conventions.

Civilian facilities, such as hospitals, medical centers, school buildings, and kindergartens, have been subjected to indiscriminate shelling of Armenia's armed forces, including from artillery and other large-caliber weaponry. Electricity and energy infrastructure got damaged in residential areas. Armed units of Armenia targeted gas lines in the Borsunlu and Hulabandi villages and several neighborhoods in the Tartar district's administrative center.

On September 29, a mortar attack hit a medical facility in Garadaghli village of Aghdam. As a result, one civilian died. As of September 29, 12 civilians, including two children and two elderly, were killed, with 35 civilians hospitalized. Sixty-six private houses and eight private properties were damaged. Below is photo evidence of the humanitarian law violations of the armed forces of Armenia. Private properties of the residents of Azadgaragoyunlu village of the Tartar district were seriously damaged," reads the statement.