EPP: It is regrettable that Georgian authorities have chosen to deepen political crisis 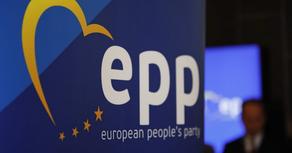 The European People's Party (EPP) has responded the latest developments and the recent ruling concerning Nika Melia's case by publishing a post on Twitter.

"It is regrettable that the Georgian authorities, with the decision to arrest Nika Melia, have chosen to deepen the political crisis instead of looking for a solution and compromise.

Georgia could be a leading country in the region but returns to persecution of political opponents, selective justice and instrumentalized judiciary. Snap elections & resumption of a dialogue between the government and the opposition should be considered a way out of the situation," the post reads.

Tbilisi City Court has used detention as a measure of restraint against UNM head Nika Melia. The UNM head has spent a few days in the party's office. Opposition leaders are with him, saying that they will not let them put Nika Melia behind bars.

Prime Minister Giorgi Gakharia has resigned today. He defined UNM head Nika Melia's detention as the reason prompting him to make the decision. In Gakharia's words, he deems enforcement of even a lawful measure against a specific person at the expense of Georgian citizens' health, life, and the risk of an escalation of domestic tensions inadmissible.

The EU urges Georgian government and the opposition 'to act with utmost restraint.'

The British Embassy in Georgia also released a statement saying that the people of Georgia deserve better.