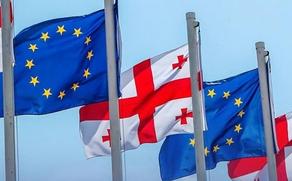 The Delegation of the European Union to Georgia issues the following statement in agreement with the EU Heads of Mission:

We condemn the attacks of certain political actors and media outlets against our colleague, Hubert Knirsch, the Ambassador of Germany. All actors supporting the democratic and European path of Georgia should refrain from accusations of a disrespectful nature and uphold the human dignity of everybody who is active in public life.

Shalva Natelashvili, the leader of the labour party, declared that Georgian tycoon Bidzina Ivanishvili provides German Ambassador with financial resources and appealed to the German government to return him to his country.

Knirsch responded to Natelashvili's statement and announced that the issued comments have surprised him.