EU: The polarization deepened after the arrest of Nikanor Melia 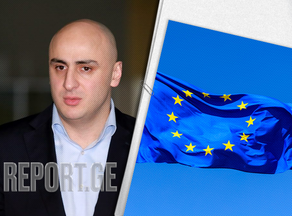 A spokesman for the European External Action Service has issued a statement on the recent political developments in Georgia, noting that since the arrest of United National Movement leader Nikanor Melia, political polarization has deepened.

As stated in the statement, the opposition must play a constructive role, including joining the Parliament, to further consolidate democracy and the rule of law in Georgia and help shape the country's reform path.

"Following the arrest of Nikanor Melia, Chairperson of the United National Movement - the largest opposition party in Georgia, political polarisation in the country has regrettably further deepened. This polarisation risks undermining Georgia's democracy. The European Union urges all parties to step up efforts to de-escalate and come together to find common ground.

Starting with those in power, we expect the Government to provide inclusive leadership, putting the Georgian people's interests first. A fair, independent, and accountable judiciary is also paramount. The European Union will remain very attentive to developments in this regard.

It is crucial that the opposition plays a constructive role, including joining the Parliament, further consolidating democracy and the rule of law in Georgia, and helping shape its reform path.

Political stability, with all sides avoiding provocative actions and rhetoric, an inclusive parliamentary process, as well as a judicial system that enjoys the trust of the Georgian citizens are prerequisites for Georgia to deepen further its partnership with the EU in line with the Association Agreement. The European Union stands ready to continue supporting Georgia in this endeavor," reads the statement.