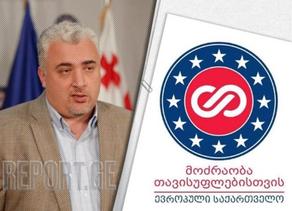 A leader of the European Georgia party Sergi Kapanadze has responded to the statement by former Justice Minister and the acting Chairperson of the Education, Science and Culture Committee Tea Tsulukiani, in which she said that if not for the Georgian Dream government, The Strasbourg Court would have never rendered the verdict in favor of Georgia.

"Trying to find out if credit is given where credit's due and taking credit for our recent success is a quasi-politician's behavior, with the word 'quasi-politician' being tailored for Tsulukiani," Kapanadze said, adding that the former government's efforts were 'the lion's share' in this common tasks. However, in his words, everyone who did their part in this joint mission must be given credit for Georgia's  success.