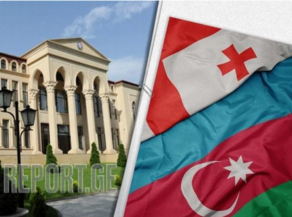 "According to the spread information, about 15 Georgian experts participated in the event held online. The Ambassador Extraordinary and Plenipotentiary of Azerbaijan to Georgia, Faig Guliyev, addressed the participants of the event, emphasizing the role of the national leader, Heydar Aliyev, in the political and legal assessment of this crime against the Azerbaijani people.

The ambassador also spoke about the historical connection between Azerbaijan and Georgia, saying that during the period of independence of Georgia and Azerbaijan, which both countries gained at the cost of the blood of martyrs, Azerbaijan and Georgia have maintained good neighborly relations, raised it to the level of a strategic partnership and created a new image of the South Caucasus.

During the speech, Georgian experts talked about the past and future of the two countries. Emphasized the importance of developing a strategic partnership that serves the interests of both countries and the region as a whole.

Mentioning Heydar Aliyev and Eduard Shevardnadze's fundamental role, they stressed the importance of the current close cooperation between the Heads of State and Government.

Georgian experts congratulated the Azerbaijani people on their victory in the 44-day Patriotic War and noted that this historical event had created a new regional reality. They expressed confidence that our countries will continue to act in a coordinated manner," the information disseminated by the Embassy reads.