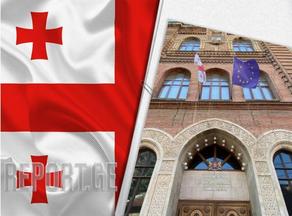 According to the Foreign Ministry of Georgia, Vice-PM and Georgian Foreign Minister Davit Zalkaliani, together with the Georgian delegation led by PM Irakli Gharibashvili, is participating in the 76th session of The UN General Assembly (UNGA) in New York.

Zalkaliani will also take part in the GUAM Ministerial meeting, will attend the 10th ministerial of the global intergovernmental coalition Community of Democracies (CoD), and get involved in the Alliance for Multilateralism event co-organized by Germany and France. The Georgian minister will address the event participants.