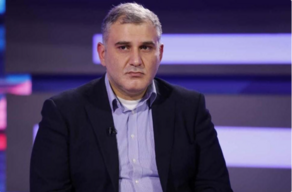 Mikheil Sarjveladze, the Chairman of Human Rights and Civil Integration Committee of the Parliament, says that the opinion by the Freedom House, the U.S. nongovernmental organization, fails to reflect the existing situation in the country.

"When I introduced myself to the opinion, I directed my attention to some factual mistakes and imprecise information which, in my view, have had a meaningful influence on final assessments in the opinion.

I am unaware of which sources the organization has referred to; however, one can encounter a number of factual imprecisions in it, with some of them election-related. I also think the information based on which the final opinion was drawn up is slightly biased, which is why I cannot share the position that the elections were somehow problematic. However, if I am mistaken, the opposition can corroborate their claims in our country, without other's involvement," Sarjveladze stated.

The Freedom House report says that political and civil rights-related situation has deteriorated in Georgia.