Gakharia: Georgia's increasing role in the context of the Black Sea region security is obvious 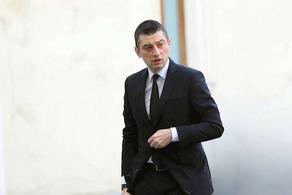 Georgia's increasing role in the context of guaranteeing the security of Europe and the Black Sea region was clearly demonstrated at the Munich Security Conference, Georgian Prime Minister Giorgi Gakharia told journalists.

"We all have our meeting schedule, and each member of the government will make the best of these three days. In his opening statement, the Chairman of the Munich Security Conference, Wolfgang Ischinger, stressed that ensuring European security is impossible without guaranteeing the safety of Georgia and Ukraine. This is the principal issue discussed at our meetings," Giorgi Gakharia said.

In the PM's words, the most significant meeting was held with the United States Secretary of Defense Mark Esper, at which they meticulously discussed bilateral cooperation in the field of security and joint projects in the field of defense.

"In November of 2019, Georgia-U.S. collaboration programs were renewed. We also discussed our delegation in Afghanistan and our international contribution. This was a key meeting to plan our future cooperation in the fields of security and defense. We also convened other meetings at which we mainly highlighted Georgia's role in European security. Georgia's increasing role in the security of the Black Sea region, as well as cybersecurity, is obvious. These are the fields in which we are assigned increasing responsibility and in which Georgia must be a reliable and trustworthy partner," the PM declared.