GD Chairman: Gakharia has developed an addiction to drugs lately 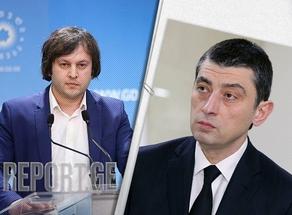 According to Kobakhidze, Gakharia has developed an addiction to drugs lately, and his addiction is now so strong that he cannot go without drugs even for a week. In Kobakhidze's words, the former PM did not manage to present his drug test results within five or seven days.

''You know, UNM head Malia showed solidarity with everyone who did not dare to undergo a drug test. This encouraged Gakharia to refuse the test despite his previous readiness to do so. This is the man we are now talking about; this is the man who strives to win 3-4% of votes. What matters now is our determination not to let the National Movement take revenge,'' Kobakhidze told the Public Broadcaster.