GD chairman: If Melia refuses amnesty, the corresponding law will apply to him 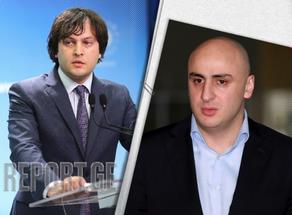 ''It is his choice. If Melia refuses amnesty, the corresponding law will apply to him. Everything is simple. I remind you that earlier, Melia refused to sign the agreement by Charles Michel; however, later, he took a ridiculous step by signing the revoked agreement. He will have to do the same when it comes to amnesty,'' GD chairman declared.

Nika Melia stated earlier that he said no to amnesty.

The Georgian parliament approved the Bill on Amsety concerning the 20 June developments on 7 September.