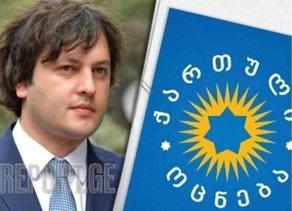 Georgian Dream Chairperson Irakli Kobakhidze said that inflicting stab wounds on two opposition mayoral candidates in Dmanisi has no justification, and offenders must be held accountable.

In Kobakhidze's words, no similar incidents have taken place in Dmanisi for three months.

''The corresponding measures must be taken to punish the offenders as well as prevent similar acts in the future,'' the GD chairman declared.