GD Executive Secretary: He snapped angrily and swore at him 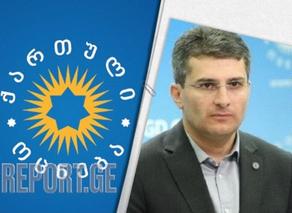 Georgian Dream Executive Secretary Mamuka Mdinradze has responded to the verbal altercation between the party Chairman Irakli Kobakhidze and UNM Head Nika Melia at the briefing in the party office.

According to Mdinaradze, Nika Melia provoked the situation.

''Irakli Kobakhidze has never used swear words before. We are together day and night, and I know that he is an immensely level-headed man. However, Nika Melia made Irakli Kobakhidze lose patience _ he snapped angrily and swore at him. Irakli said later provocations are hard to deal with, and I can understand this; however, we must keep out temper,'' Mamuka Mdinaradze said.

UNM Head Melia and GD Chairman Kobakhidze were involved in a verbal altercation outside the EU office.

GD Chairperson apologized to the public for losing patience and using profanity.