GD majoritarian MP in Marneuli says they have won convincingly 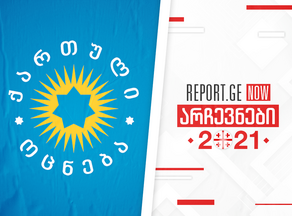 GD mayoral candidates are leading polls in all regions of Kvemo Kartli.

In Rustavi, GD candidate Nino Latsabidze has received 44.67% of votes and UNM candidate 42.91%.

In Georgia's 20 cities, neither of the candidates have met the required threshold to be announced a winner.

Runoff local self-government elections are set to be held on 30 October.