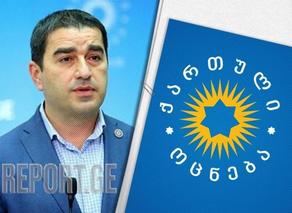 ''Today, Lelo party is registering itself as part of the UNM faction. Congratulations on joining the National Movement. This is a straightforward violation of the 19 April agreement, and this will have its political repercussions,'' Papuashvili told the Mtavari Arkhi (the Main Channel).

The parliament has approved amendments to the Election Code on its third hearing.

The UNM and Lelo party refused to approve the draft law.