GD MP: Saakashvili has a separate hall guarded outside 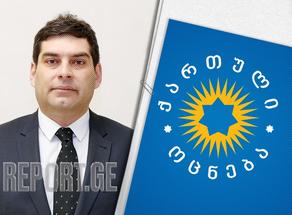 ''Saakashvili has a separate hall guarded outside; no one can access it,'' Georgian Dream MP Beka Davituliani said.

As for Justice Minister Rati Bregadze, he said that ex-president Mikheil Saakashvili physically and verbally assaulted No18 penitentiary establishment employees.

The penitentiary establishment released the video footage showing Saakashvili leaving his prison cell, claiming that he did so willfully.

Late at night, Saakashvili's lawyer publicized the ex-president's letter in which he said that he was subject to verbal and physical assault, with someone also trying to jab him.

Saakashvili's lawyers state that the former president is not provided with adequate conditions to have his safety and health protected.

Today, the State Inspector's Service launched an investigation into a possible inhumane treatment to which the third president of Georgia was allegedly subjected.

Ex-president Mikheil Saakashvili, who was detained on Oct 1, has been on a hunger strike for 40 days now.