Georgia: MEPs comment on the second round of the parliamentary elections

Georgia: MEPs comment on the second round of the parliamentary electio 23 November, 2020  21:05 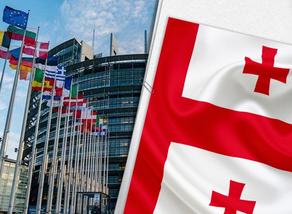 MEPs have released a statement on the second round of the parliamentary elections in Georgia, which is presented below:

“The second round of the parliamentary elections took place on Saturday in Georgia for the remainder of 17 seats still to be allocated under the majoritarian system.

Once again, we would like to congratulate Georgia, a key ally of the EU, on organising
these elections despite a challenging epidemiological context.

As previously stated, this was a pivotal moment to assess the commitment of the Georgian authorities and of all political parties to uphold democratic processes and the rule of law.

We appreciate the fact that these elections took place under an improved electoral system, paving the way for a more pluralistic Parliament. However, we regret the fact that opposition candidates did not contest seats in the second round. We ask that remaining shortcomings be addressed through a new electoral reform addressing pending OSCE/ODIHR recommendations and through the active involvement of all political parties represented in Parliament.

The European Parliament remains ready to provide assistance, among others via parliamentary electoral dialogues and mediation between the Georgian political factions, so as to further improve relevant legislation ahead of future elections.

We call on all political actors to show responsibility, restraint and maturity, to respect
the democratic choice of the electorate and to find the necessary compromises, notably through the new dialogue facilitated jointly by the EU and US Ambassadors to Georgia, in order to enable the smooth functioning of Parliament, an institution vital for democracy.

All the political forces represented in the newly elected Parliament must work now
in a constructive fashion, keeping in mind the greater interest of Georgia’s chosen European path.”

The statement is co-signed by:

Marina Kaljurand (S&D, Estonia), Chair of the European Parliament’s delegation for relations with the South Caucasus;