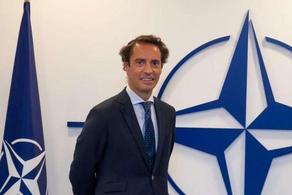 ''Georgia is NATO's extremely important partner, and it already has access to all practical tools in our hands. We are willing to have all-encompassing relations with Georgia,'' Javier Colomina, the NATO Secretary General's Special Representative for the Caucasus and Central Asia, said after the meeting with Georgian Vice-Premier and Foreign Minister Davit Zalkaliani.

Javier Colomina, the NATO Secretary General's Special Representative for the Caucasus and Central Asia, has visited Georgia within the framework of the regional tour.