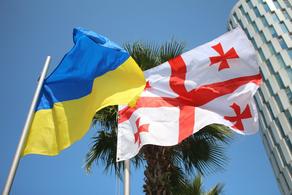 Georgian and Ukrainian politicians met in London to discuss the problems related to the occupation and annexation of their territories and the current conventional and hybrid risks coming from Russia.The meeting was organized in parallel with the 65th Annual Session of NATO Parliamentary Assembly.

According to the statement made by Irakli Sesiashvili, the head of the delegation, the Parliamentary Assembly is absolutely determined when discussing the territorial integrity and the country membership in the Alliance.