Georgian Defence Minister: Today is particularly important for our servicemen 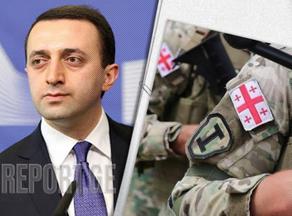 Georgian Defence Minister Irakli Gharibashvili has responded to today's ruling by Strasbourg Court, saying that the judgment is vital for Georgian servicemen who sacrificed their lives for their country's territorial integrity.

"Congratulations! Today is historic for our country! We have won the case against Russia legally in the international court; we did this by taking consistent steps, and thanks to this, we once again demonstrated that Russia pursues an aggressive policy that violates people's fundamental rights and aims to carry out ethnic cleansing in the occupied regions.

Today is particularly important for each and every citizen and our servicemen who sacrificed their lives for the country's territorial integrity in that war.

I believe that this precedent and consistent policy will lead us to victory and the restoration of our country's territorial integrity," Gharibashvili declared.