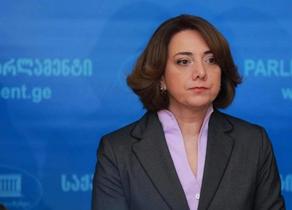 ''Georgian Dream's visit to Strasbourg was a sheer failure. They were refused meetings with lots of people,'' oppositionist Salome Samadashvili said.