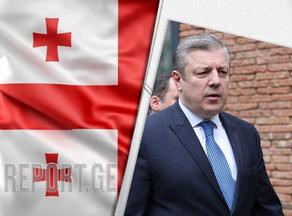 ''The Georgian Dream's decision to withdraw from the 19 April Agreement is the step to extreme polarization and a huge step backward on the path to Georgia's democratic development. Georgian Dream must be held responsible for the present developments, followed by the UNM, which by refusing to join the agreement, enabled the leading party to shirk the assumed responsibility.

However, irrespective of actions taken by different political parties, the ruling party is obliged to create a positive atmosphere in the country, comply with its international obligations, and ensure solutions to internal and external issues which are crucial for the country's development,'' Kvirikashvili said in his Facebook post.