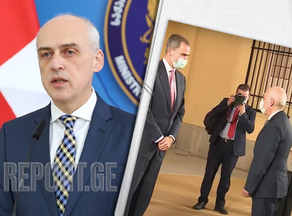 Georgian Foreign Minister Davit Zalkaliani participated in the reception ceremony held by the King of Spain in honor of the heads of the delegation of the member states of the World Tourism Organization Executive Council, during which the meeting was held with Philip VI. The MIA has provided Report News Agency with this information.