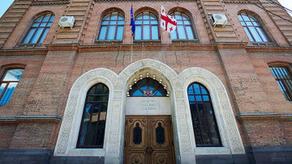 The Georgian Foreign Ministry has released a statement regarding the Karabakh developments.

"With concern, we are closely following another military tension between Azerbaijan and Armenia that reportedly led to the death and damage of the infrastructure. We hope the parties to reach a ceasefire agreement, to hold negotiations and avoid large-scale military operations that will negatively influence the entire region,'' the statement reads.

"Georgia calls on the OSCE Minsk team co-heads, international actors, to do their best for the termination of the escalation and resumption of a constructive dialogue.

Georgia is ready to facilitate the de-escalation and establishment of peace across the region,'' the official statement reads.

Tensions have been observed at the Azerbaijan-Armenia border since the early morning.

Azerbaijani media say that Armenia carried out a large-scale attack this morning and killed peaceful citizens.