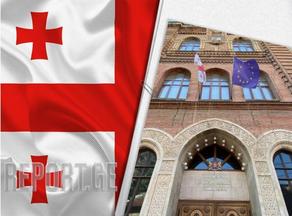 The Foreign Ministry of Georgia has released a statement in response to Russia's decision to conduct the Duma elections in Georgia's breakaway regions.

"The Foreign Ministry of Georgia denounces Russia's move to call its elections of 19 September 2021 in Georgia's occupied regions and illegally open around 20 polling stations there, as another destructive step by Moscow against Georgia's sovereignty and territorial integrity, which constitutes a blatant violation of the fundamental norms of international law and defies the Charter of the United Nations, as well as the Helsinki Final Act.

According to the statement, the fact that residents of Georgia's occupied regions elect Russian MPs is a clear testimony that de facto annexation of Abkhazia and Tskhinvali regions is in progress.

"In light of the fact that the Russian Federation has carried out illegal and forced passportization since early 2000 and has so far continued occupation and effective control of the said regions, with hundreds of thousands of IDPs unable to return to their houses, holding any elections in these territories can be rendered illegal as it cannot produce any legal effect. The decision by the European Court of Human Rights, which held Russia accountable for breaching the fundamental norms of the international law in Georgia's regions of Abkhazia and Tskhinvali, underpins the fact mentioned earlier,'' the statement reads.