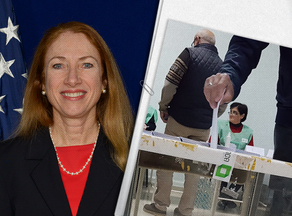 In Degnan's words, Russia has attempted to intervene in different countries' electoral processes, and in all likelihood, the same attempt will be carried out in Georgia.

"Tensions increase in the pre-electoral environment; however, a great number of parties' decision to sign the Code of Conduct for Elections is reasonable. Additionally, they are also involved in ongoing developments, and this is a positive factor. It will be immensely said if voters are bribed and administration resources misused. Ensuring fairness, freedom, and transparency of these elections is important.

Our predecessors do show interest and are concerned about Georgia's future. This testifies to the fact that they are interested in the forthcoming elections and are keeping a close eye on the ongoing developments in Georgia. The reason for this is that they expect this country to prove successful.

We witnessed Russia's and others move to disseminate misinformation to people during elections in Europe and the USA. This provides us with the reason to conclude that the same will happen in Georgia. We think that the government and people take this matter seriously and show interest in fake news and disinformation aimed to confuse the public, stir up tensions and make Georgia veer off the path to success," Degnan declared.