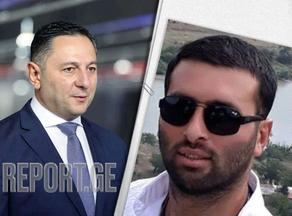 ''We made rigorous efforts to return this man to his family, children, friends, and relatives,'' Minister of Internal Affairs of Georgia Vakhtang Gomelauri said.

''I congratulate the family in the first place. This issue is paramount. Zaza Gakheladze has been behind bars for months. He was detained unlawfully. However, we made rigorous efforts to return this man to his family, children, friends, and relatives,'' Vakhtang Gomelauri declared.

The so-called court of the occupied Tskhinvali region sentenced Zaza Gakhaladze to 12 years and six months behind bars.