'Georgian March is herpes on our country's flesh': Gigi Ugulava 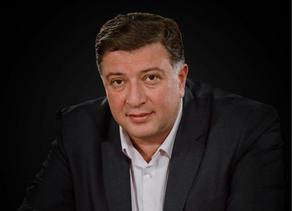 Gigi Ugulava, the majority candidate at the European Georgia party, has labeled the Georgian March a pro-Putin organization.

"These people are Putin's entourage; they are the people of Ivanishvili and the SSS, and Shakiashvili also is Gharibashvili's servile flatterer. This organization is herpes on our country's flesh, for it serves the foreign country," Ugulava said. He also added that a different opinion should be listened to regardless of how unacceptable it may be, but, according to him, the Georgian March members are the slaves of devil and the slaves of the country, which has occupied 20% of Georgia's land and is prone to kill Georgians.

Today, the members of the Georgian March movement demanded the meeting with Gigi Ugulava in the Zugdidi municipality.

The members of the European Georgia party and the Georgian March were involved in a conflict in Zugdidi yesterday.