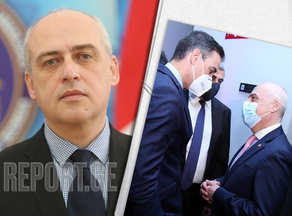 Minister Zalkaliani told Mr. Sánchez that the Georgian government would be glad to host him in Tbilisi at his earliest convenience. The Georgian minister also thanked him for Spain's Solidarity Plan, in which close cooperation with partner countries in making the COVID-19 vaccine available is envisaged.

The top officials also focused on the successful collaboration between the two countries and Spain's unwavering support of Georgia's European aspirations, its sovereignty, and territorial integrity.

The MIA has released the information.