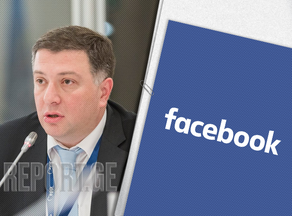 One of the Georgian opposition politicians, leader of the European Georgia political party Gigi Ugulava was not allowed to cross Georgia’s state border.

He posted on his Facebook page about it and applied to Georgia’s Public Defender for assistance.

In the Facebook post, he says that border guards stopped him ‘absolutely ilegally’ today at Georgia’s border and told him that he was on the ‘red list.’

“I face no judiciary restrictions,’’ Gigi Ugulava says, adding that the border guards finally told him that he was unable to cross the border.

‘’This is the way Putin’s Russia and its police follow,’’ he says.

He called on Georgia’s Public Defender, Nino Lomjaria, to study this illegal action.