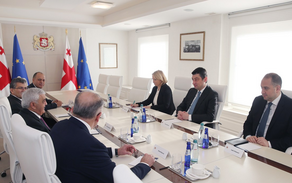 At the meeting, the high officials focused their attention on large investments by SOCAR, which make a significant contribution to the country's economy. The Georgian government also welcomed the opening of the new multi-functional SOCAR Georgia Petroleum Complex near the city of Terjola, which has mainly hired locals.

Additionally, at the meeting, a focus was made on future cooperation plans.