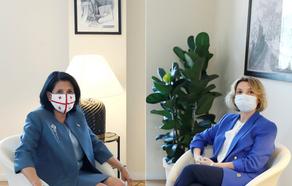 The Administration of the President says that they elaborated upon the 5-6 June events in Georgia at the meeting.

The president and the ombudsman discussed the issue of reducing tensions and de-escalating the situation in the country.