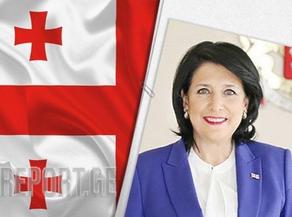 Georgian president Salome Zurabishvili has released a statement which is presented below.

''I salute that the ruling party and the opposition have agreed on election reform-related issues provided for in the 19 April agreement, and their intention to send the corresponding document to the Venice Commission!

Timely compliance with all provisions of this Agreement is paramount. The election reform will prove to be a step forward for the country's future democratic development,'' the president's statement reads.

Representatives of the parliamentary majority and the opposition have drawn up a document set to be forwarded to the Venice Commission.