Gia Khukhashvili: Is Nagorno Karabakh occupied - the answer is clear 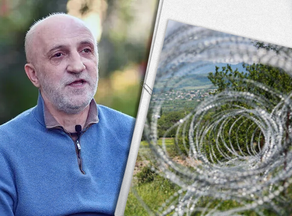 Expert Gia Khukhashvili responds to the processes related to Nagorno-Karabakh.

According to Khukhashvili, Karabakh is occupied.

"Is Nagorno-Karabakh occupied? The answer, just like Abkhazia and so-called South Ossetia, is obvious and positive. Any other answer practically means that you do not recognize the occupation of these regions either. Politics is being formed on this fundamental answer, naturally within the framework of promoting peaceful development," Khukhashvili said.