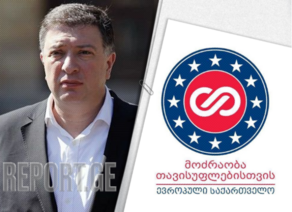 In Ugulava's words, in order to subdue tensions in the country and overcome the existing crisis, political prisoners must be released and snap elections held.

"Georgia has an enemy, which is Russia. Pavilionis is a Lithuanian patriot fighting against Russia and dictators. No matter how hard you try and how strong your propaganda is, everything is absolutely clear for all: Ivanishvili is doing Russia's job, as he is making Georgia similar to Russia. Everything else is mere rhetoric. The situation is serious, and the only tool to ameliorate it is releasing political prisoners and holding early elections," Ugulava stated.