Giorgi Gakharia: For me, it is an expression of fear 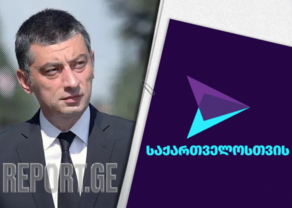 Giorgi Gakharia, former Prime Minister and Chairperson of the Movement For Georgia, considers the Georgian Dream leaving the April 19 agreement as an expression of fear.

According to him, the management team does not take into account the calls of international partners or the interests of citizens.

"For me personally, this is an expression of fear because it is already becoming clear that the ruling power is finding it difficult to respond to the current challenges in the country, and this is reflected in the decisions of our citizens. In fact, state interests have shifted to the second, third flanks and party interests have come to the fore, and everything is being done to maintain power. It is the worst," Gakharia said.

"Georgian Dream" held a briefing on July 28 on the withdrawal from the April 19 political agreement.