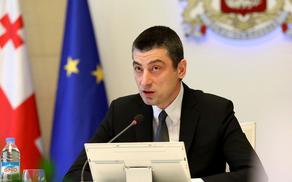 “The most important thing for me was that Ivanishvili answered the questions of the society, quite frankly and openly”, Giorgi Gakharia, the Prime Minister of Georgia told reporters

"It's a challenge that we have to fulfill. It's easy to run a country when you use your tools illegally. It's difficult to run a country in absolute democracy, free environment where the media is completely free, freedom of expression is not threatened and where people think that blocking the entrances of the Parliament is a freedom of expression", said the Prime Minister.

After failing the bill on proportional electoral system, this was Ivanishvili’s first appearance on TV.