Giorgi Gakharia meets with Minister of Foreign Affairs of Azerbaijan 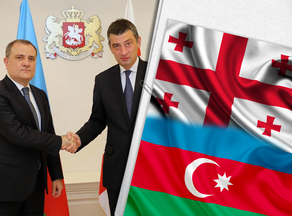 The Prime Minister of Georgia thanked the Minister of Foreign Affairs of the Republic of Azerbaijan for supporting Georgia's sovereignty and territorial integrity. Politicians paid attention to the interest of both countries in the peaceful settlement of conflicts in the region," reads the statement.