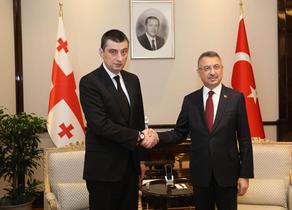 The parties focused on amicable relations and strategic partnership and the necessity to deepen trade and economic relations between the two countries.

The important role by Georgia and Turkey for ensuring stability in the region was also stressed. Turkey once again underscored its support of Georgia's territorial integrity.