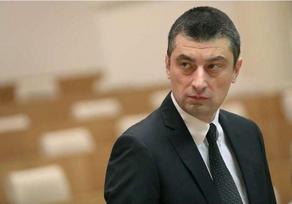 "Let us all agree on one thing; we are looking forward to the future. There were several attempts to overthrow the government, but they were not successful ones," Giorgi Gakharia, the Prime Minister of Georgia, told reporters.

The Prime Minister responded to the release of Vano Merabishvili and his first statement.

"During his first minutes as a free man, Merabishvili talked about overthrowing the government. Our goal is to make Georgia a strong country, full of opportunities, not a country of coups. We left it in the past," Gakharia said.

Vano Merabishvili, the former Minister of Internal Affairs, is free. He left the so-called Matrosov prison.