Giorgi Gakharia: This is a common victory 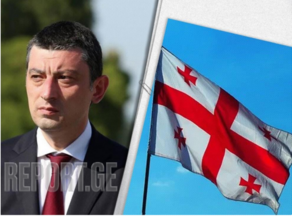 "This is a common victory," the Prime Minister of Georgia Giorgi Gakharia responds to the victory in the European Court of Human Rights after a 12-year dispute.

"Today is the most important day in the recent history of Georgia!

The dispute - Georgia against Russia, ended with the victory of Georgia in the European Court of Human Rights!

It is a shared victory! " the Prime Minister wrote.

Georgia won the dispute with Russia in the case "Georgia vs. Russia." Georgia filed the lawsuit in August 2008, alleging that Russia had violated Article 8 of the Convention.

Look up what Strasbourg has established.